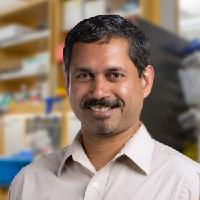 Dr. Ashok Deniz develops and uses single-molecule fluorescence methods to study the dynamics and interactions of biological molecules during such processes as protein/RNA folding and assembly of the 30S subunit of the bacterial ribosome.