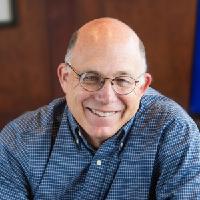 Dr. Peter Schultz aims to combine the tools and principles of chemistry with the molecules and processes of living cells to create molecules with new properties and functions found neither in nature nor in the test tube; by studying the structure and function of the resulting molecules, new insights can be gained into the molecular mechanisms of complex biological and chemical systems.

Schultz's group first reported the observation (simultaneously with Richard Lerner) that antibodies could selectively catalyze chemical reactions. Since that first report, antibodies have been generated that catalyze a large number of reactions, in some cases with rates rivaling enzymes. Characterization of these catalysts is providing new insights into the evolution of binding and catalysis as well as the molecular basis for immunological recognition.

Schultz and Lerner's demonstration that the vast library of antibody molecules of the immune system can be tapped to generate selective catalysts has also helped to usher in a new age in chemistry in which the power of biological and chemical diversity systems are being exploited to control interactions of molecules. Schultz is applying this combinatorial approach to problems ranging from cell biology and drug discovery to materials science. For example, he has developed a new technology for the parallel synthesis, processing and screening of large libraries of solid state inorganic and organic materials (electronic, magnetic, optical and catalytic) for new properties. He is also combining structure-based chemical library design with cell-based screens and genomics tools to identify small molecules with novel biological properties.

Schultz has also pioneered the development of general methods to site-specifically incorporate unnatural amino acids with novel steric and electronic properties into proteins (both in vitro and in vivo) and unnatural bases into DNA (in vitro). This method has effectively expanded the genetic code to include over eighty unnatural amino acids with novel backbone and side chain structures. This technology may provide a new generation of proteins with properties not restricted by the naturally occurring amino acids.