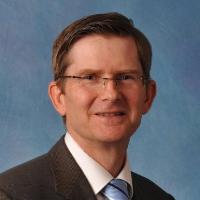 Crosstalk Between the Coagulation Protease Cascade and the Inflammatory Response

My laboratory studies the crosstalk between the coagulation protease cascade and inflammation. We have shown that bacterial LPS induces human monocytes to express the procoagulant protein tissue factor (TF) and inflammatory mediators, such as TNF . We use human monocytic cell lines and human monocytes to elucidate the positive and negative regulatory intracellular signaling networks and transcription factors that control expression of these procoagulant and inflammatory genes. In addition, we generate transgenic mice to examine the role of these proteins in in vivo models of disease. My laboratory is interested in elucidating how coagulation proteases contribute to inflammation in sepsis and in ischemia-reperfusion (I/R) injury. We hypothesize that in sepsis the coagulation proteases, factor Xa and thrombin, increase the expression of inflammatory mediators by activating protease activator receptors (PARs) that are expressed on endothelial cells. Recently, we showed that TF-dependent thrombin generation contributed to myocardial infarction by increasing the expression of inflammatory mediators in a rabbit model of cardiac I/R injury. We have extended these studies by establishing a mouse model of cardiac I/R injury. Using PAR-1-/- mice, we have found that PAR-1 contributes to infarct size probably via activation by thrombin. In future studies, we will generate transgenic mice that express PAR-1 on either endothelial cells or cardiomyocytes to determine the site of functional PAR-1 expression that contributes to cardiac I/R injury. Other studies will elucidate the mechanism by which PAR-1 contributes to cardiac I/R injury.