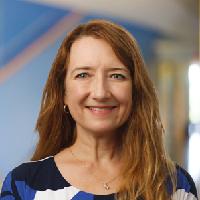 Research in the Bohn laboratory is focused on understanding how G protein-coupled receptors function in an endogenous setting to control physiologically relevant processes. We are most interested in receptors that mediate neurological functions, particularly those of the opioid, serotonin and cannabinoid families. Ultimately, our goal is to refine therapeutics- to enhance the benefits and eliminate the side effects. In this manner, we hope to inspire new approaches in treating pain, addiction and mood disorders.

The Bohn laboratory is most widely known for our work in opioid receptors. Early work while in the laboratory of Marc Caron and in collaboration with Robert Lefkowitz at Duke University indicated that barrestin2 plays a critical role in determining the physiological role of the mu opioid receptor (MOR) in vivo. Our laboratory has shown that barrestin2 plays different roles in regulating the MOR depending upon the physiological function assessed. This is very important as activation of the MOR results in multiple physiological processes ranging from the highly desirable suppression of pain perception to the deadly effects of respiratory failure. By determining which barrestin2-mediated signaling pathways are associated with these different physiological outcomes, we aim to elucidate a means to develop potent opioid analgesics that circumvent the adverse side effects. The bulk of our work to date suggests that if we preserve MOR coupling to G proteins, but eliminate the interactions between the receptor and the scaffolding protein, barrestin2, then we may be able to separate analgesic potency from constipation, respiratory suppression, tolerance and physical dependence.

Our lab is now focused on developing compounds that will allow us to test these hypotheses and to identify candidates for drug development. Our agonists are designed, in collaboration with Dr. Tom Bannister of TSRI, to activate MOR in a manner that preserves or improves G protein signaling while eliminating the recruitment of barrestins. In addition to generating potential therapeutic leads, we are very interested in using these tools to elucidate MOR function in vivo. As we refine the pathways underlying different physiological responses, we will then know the signaling mechanisms to preserve and the ones to avoid.

We are also taking a similar approach with the kappa opioid receptors (KOR). The KOR in the midbrain acts to regulate dopamine and serotonin levels and thereby serves as an attractive target for modulating mood and reward thresholds. KOR ligands that display bias towards or against recruiting barrestins are of interest as barrestin2 has been implicated in facilitating aversive KOR-mediated behaviors. In our work with Dr. Jeff Aubé of Kansas University, we have been developing and evaluating KOR biased agonists to determine which physiologies are preserved or disrupted in mouse models. Since the KOR is involved in diverse physiological functions, compounds generated in this project may serve as interesting candidates for the treatment of depressive disorders and addiction. Moreover, KOR agonism produces antinociception and blocks itch and may also represent potential therapeutic avenues.

Recently, we have begun evaluating ligands for biased agonism among cannabinoid receptor (CB1 and CB2) agonists in collaboration with Dr. Alex Makriyannis at Northeastern University. Given the emerging implications for using cannabinoids as therapeutics for a wide-range of disorders, there are many opportunities for new drug development. This collaboration has also involved working with Dr. Ray Stevens (USC) and Dr. James Liu (Shanghai Tech) to solve the first crystal structures of antagonist and agonist bound CB1 receptors. Additional efforts in the laboratory focus on evaluating how antipsychotic drugs and mood altering neurotransmitters such as serotonin act at serotonin receptors.

Since the receptors described above are involved in modulating mood, motivation, and sensory perception, it stands to reason that our laboratory is most interested in developing means to treat pain, whether due to injury, disease or mental state, in a manner that adequately manages the pain, without causing deabilitating side effects