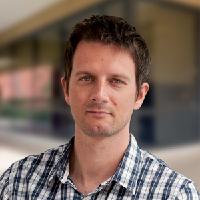 Originally from Denmark, Dr. Andersen received his Ph.D. from the University of Cambridge and the MRC Laboratory of Molecular Biology in 2009. He was the recipient of the Carlsberg Foundation PhD Scholarship from 2005-2008 and was awarded a postdoctoral fellowship from the same foundation from 2009-2011. In 2008 he was awarded the Max Perutz prize for “outstanding graduate research” at the University of Cambridge.
His research has spanned many research areas and disciplines. Using experimental animal models and molecular biological techniques, Dr. Andersen elucidated the evolutionary history of regulatory T cell-mediated tolerance mechanisms. He then exploited that knowledge to develop novel immune-based therapies and showed that they could be used for the treatment of arthritis, diabetes, and transplantation rejection in a number of different animal models.
Dr. Andersen’s more recent research has focused on the complex relationship between host and pathogen. Using a combination of next-generation sequencing, experimentation and computational biology he has spearheaded large international collaborations investigating the spread and evolution of highly deadly pathogens, including Ebola virus and Lassa virus. This work provided insights into the emergence and transmission of Ebola virus during the 2014-2015 epidemic in West Africa, and formed the foundation for the usage of genomic tools during a rapidly evolving outbreak.